Taking a cue from President Joe Biden, the Department of Justice (DOJ) has awarded more than $33 million in grants to overhaul and reform policing practices in the U.S.

Corresponding to the President’s recent proclamation that Sunday, Oct. 3 to Saturday, Oct. 9 will be designated as National Community Policing Week, the DOJ’s Office of Community Oriented Policing Services (COPS Office) announced the funds will be distributed toward the goal of improving police procedures specifically related to building trust between law enforcement and the public.

“Keeping communities safe requires building relationships and increasing trust between law enforcement and those they serve,” said Attorney General Merrick Garland, in a statement. “The wide range of programs these funds will support–from de-escalation training and anti-bias efforts to technical assistance and accreditation programs–are critical to achieving our public safety goals. It is particularly meaningful to announce these awards during National Community Policing Week, which recognizes the importance of community policing and the positive results we can achieve when law enforcement and community members work together.”

According to the National Police Foundation, community policing, also known as “problem-oriented policing” or “community-oriented policing” generally entails asking law enforcement to “cope with problems” rather than simply responding to called-in incidents. This is accomplished by identifying the concerns of the public and then seeking their help to alleviate those concerns.

The programs supported by the DOJ are meant to identify “promising practices” and innovative strategies to strengthen community-oriented police work. “I have long been an advocate for community policing, just as my late son Beau was when he served as Attorney General of Delaware—because he knew, as I know, that it works,” Biden’s proclamation reads. “It is especially important now, as State and local governments across the country continue to climb back from the once-in-a-century economic crisis triggered by COVID-19 last year.” 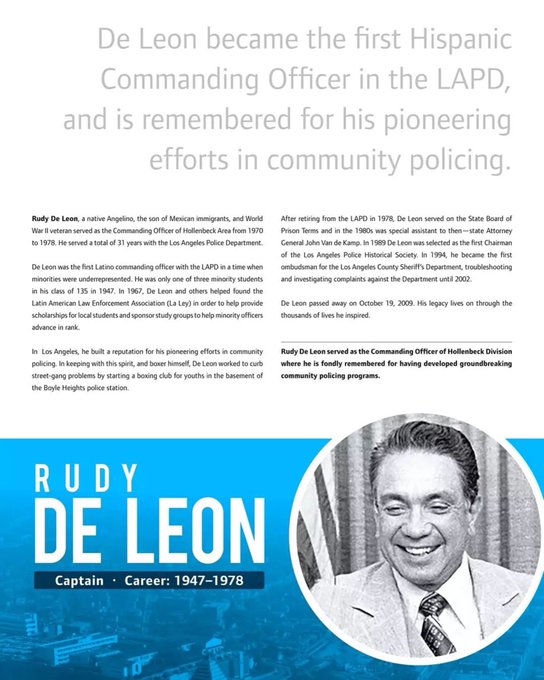 "#Repost @lapdhq with @make_repost In honor of Hispanic Heritage Month we recognize Rudy De Leon, who joined the LAPD in 1947, later became the first Hispanic Commanding Officer (HOLLENBECK Division) in the LAPD, and is remembered for his pioneering efforts in community policing."

According to the DOJ announcement, the highlights of the 2021 funding round include:

“At its core, community policing is about building trust and mutual respect between police and communities—important goals that can only be reached when we have accountability and faith in our justice system,” Biden added.